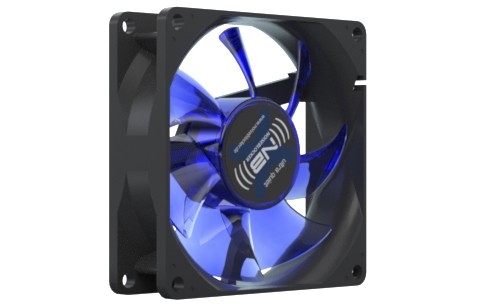 Now that the design is “finalised”, I need to get the rest of the materials I will need to put it all together. This post will be a somewhat mixed bag, going over the different things I ordered.

Airflow in the housings will be quite simple. The power pod will have one large 120MM fan blowing air into to power supply and the compute pods will each have six 80mm fans, one connected to the CPU fan header on each motherboard. I still have a 120mm fan from when I assembled my HTPC but I’ll need to purchase the smaller fans. Since a total of 12 fans could get quite noisy, I look around for some reasonably prices, low noise fans. I am able to find a good price on some Noiseblocker Blacksilent X1 fans. They also have clear blue plastic blades which go very nicely with the acrylic case design.

On the compute pods, the fans will also draw air into the case from the front, expelling warm air out the back.  Sucking in air does mean I need a dust filter in front of the fans. This sounds easy but turns out to be harder than I thought it would be. Most dust filter assemblies are actually quite thick and hard to fit on my housing design. I did however find a South African company that makes magnetic fan filters, DemciFlex. They offer a range of sizes, including one that covers three side-by-side 80mm fans, which is exactly what I need. And very importantly, these filters are only 2mm thick!

They have a webshop where they sell direct, so I ordered five filters from them: four 80x240mm and one 120×120 filter for the power pod, all of them using the “non-ferrous”option which includes a magnetic base that can be glued to the acrylic. They also come in various colors, so I got matching colors for the different housings.

For the power pod, I want a main on/off power switch for the 220V input and three on/off switches for the 12V outputs. With these I can power on each compute pod individually. Also, the power pod will require come connectors for power leads to the compute pods and a socket for the wall power.

If my calculations are correct (and they may well not be) the 12V leads will actually carry quite some Amps… At 10 Watts power consumption per server, a single housing will require at minimum 120 Watts. Using 220Volts, that is only 0,5 Ampere (Watts = Volts * Ampere). but at 12 Volts, that would make it a whopping 10 Ampere. Now of course we are also converting AC to DC and that probably also changes things. As I wrote earlier, I am absolutely no expert. If anyone wants to chime in here, please do so?

To play it safe, I decide to get power buttons that can handle up to 12 Amps. That should be safe enough I think.

The atx power cables I ordered from China have arrived and to be honest, they are as expected. Delivery was (relatively) fast and to be honest, no hassle. However, as I wrote about earlier, I want to use nice push buttons that have integrated leds. There are some nice buttons to be found, for sure. Bulgin and Vandal have a very nice product range, but with one drawback: the price… Getting twelve power buttons plus twelve reset buttons at about 12.00 EUR comes to almost 300.00 EUR. And that is not an amount of money I feel comfortable spending on push buttons…

Luckily, a search on AlieExpress.com reveals a large amount of vendors selling buttons that look very similar, at much more reasonable prices. I would have preferred to get the Vandal switches, since I do expect their quality to be better, so I tried to see if a local shop would consider any kind of bulk discount, but that was not possible, so the China switches it will be. I order the 24 switches from China, twelve 19mm and twelve 16mm. Total cost for all 24 switches, including shipping: 110.00 Eur.

Now this does mean I will have to mod the atx power cables to use with these switches. When I remove the existing little plastic power switches and leds from the cables, and remove the heat shrink tubing, I find that the leads are tinned which makes things  easier. These cables are very, very thin…

I could solder these cables to the new switches, but as I wrote before, I want to avoid the amount of soldering I need to do as much as possible, so I go for an alternative route…

I never paid attention to these things but apparently they can be attached to the cables and then slid over the connectors on the push buttons. In theory it looks like a very neat solution, avoiding any need for soldering and they actually enable me to remove/exchange switches easily. Apparently, these witches come in different sizes and versions. The Farnell site was very helpful in finding out exactly what I need and you can see in the spending table below which ones I order.

Attaching these plugs to the cables appears to require a special tool and these tools can get very expensive. Since I do not expect to be building computer cases for a living, I cannot justify spending that amount of money on tool I will use only once. Some youtube search does confirm that a pair of needlenose pliers can do a good job too. I decide to try that.

Since the leads on the smaller push buttons a quite close together, I also get some heat shrink tubing I want to put over the plugs to avoid any change of short circuits.

Since the power switches I ordered for the power pod also have the same kind of connecting leads, I get flat plugs and heat shrink for those too. 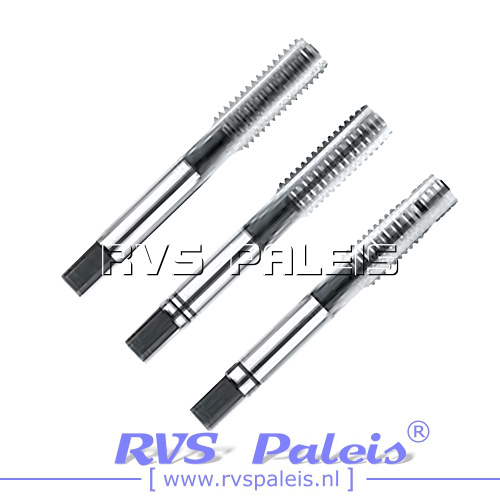 Since the housings I have designed are completely closed cubes, it is not possible to use screws and bolts: When  placing the final panel, I won’t be able to reach in the case to attach the bolt. So I need another solution, which is to thread the holes I drill in the aluminium.

“Tapping”as it is called, is yet another thing I have never done before. Thanks to the internet, I am able to get a lot of information. There are definitely some horror stories out there, but also enough reassuring tales that leave me somewhat satisfied that doing this will not be entirely impossible. So I order a “tapping set”from Phantom. Really curious about how that is going to work out though…

Additionally, I order a bunch of screws, bolts, washers, spacers and some plastic glue-on feet which I think I’ll need in the build.

With all that I think I have everything I need for the build which would mean I am coming in well within the budget!

Meanwhile, the power supply I ordered has arrived, allowing me to assemble and test the cluster hardware. The next post will detail my experiences with that.